In 2004, the European Deafblind Network (EDbN) was successful in getting ‘Written Declaration – 1/2004’, recognizing deafblindness as a unique disability, adopted by the European Parliament. This was the culmination of a campaign by deafblind people, family members and professionals across Europe, persuading over half of the Members of the European Parliament to sign up to the declaration. A ‘Written Declaration’ is not a piece of legislation; it does not force anyone to do anything. However, it is a European document which can be used to make a case for deafblind people receiving the rights they are entitled to.

A 2005 EDbN report on this initiative indicated that only four of the twenty five Member States had received recognition status for deafblindness. Those countries were Denmark, France, Sweden and the UK.

If you are trying to get recognition of deafblindness in your country, whether you are in the European Union or elsewhere, do let us know so that we can offer you advice and support. 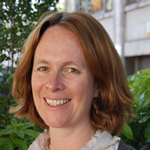 NETWORK NEWS:
The Constitution of EDbN has recently been updated to reflect the campaigning/lobbying focus of its work. You can view the constitution and information about how to become a member of EDbN by going to the EDbN website.

In 2007 EDbN took part in the European Disability Forum’s 1Million4Disability campaign, calling for a European disability directive. The European Commission has now responded to this campaign and other lobbying by proposing a draft anti-discrimination directive that includes disability, alongside age, religion/belief and sexual orientation.

This proposal is being discussed at the moment and the European Parliament is working on its opinion. Members of EDbN have been commenting and putting forward amendments to make the proposal stronger. Do have a look at the proposal on the European Commission website by following this link.

Inclusion Europe (a European level organisation that campaigns for the rights and interests of people with intellectual disabilities and their families) has produced a major report on the rights and needs of people with complex dependency needs funded by the European Commission. This report explores the areas of life where people with complex dependency needs face discrimination or potential discrimination. It then makes recommendations on how these can be addressed by Member States and the European Institutions.

EDbN participated in the policy committee for this project and so was able to make sure the needs of deafblind people were included. This report is now available for all of us to use in our work in our individual countries. If you would like a copy of the report and recommendations you can email Inclusion Europe or you can go to the Inclusion Europe website.